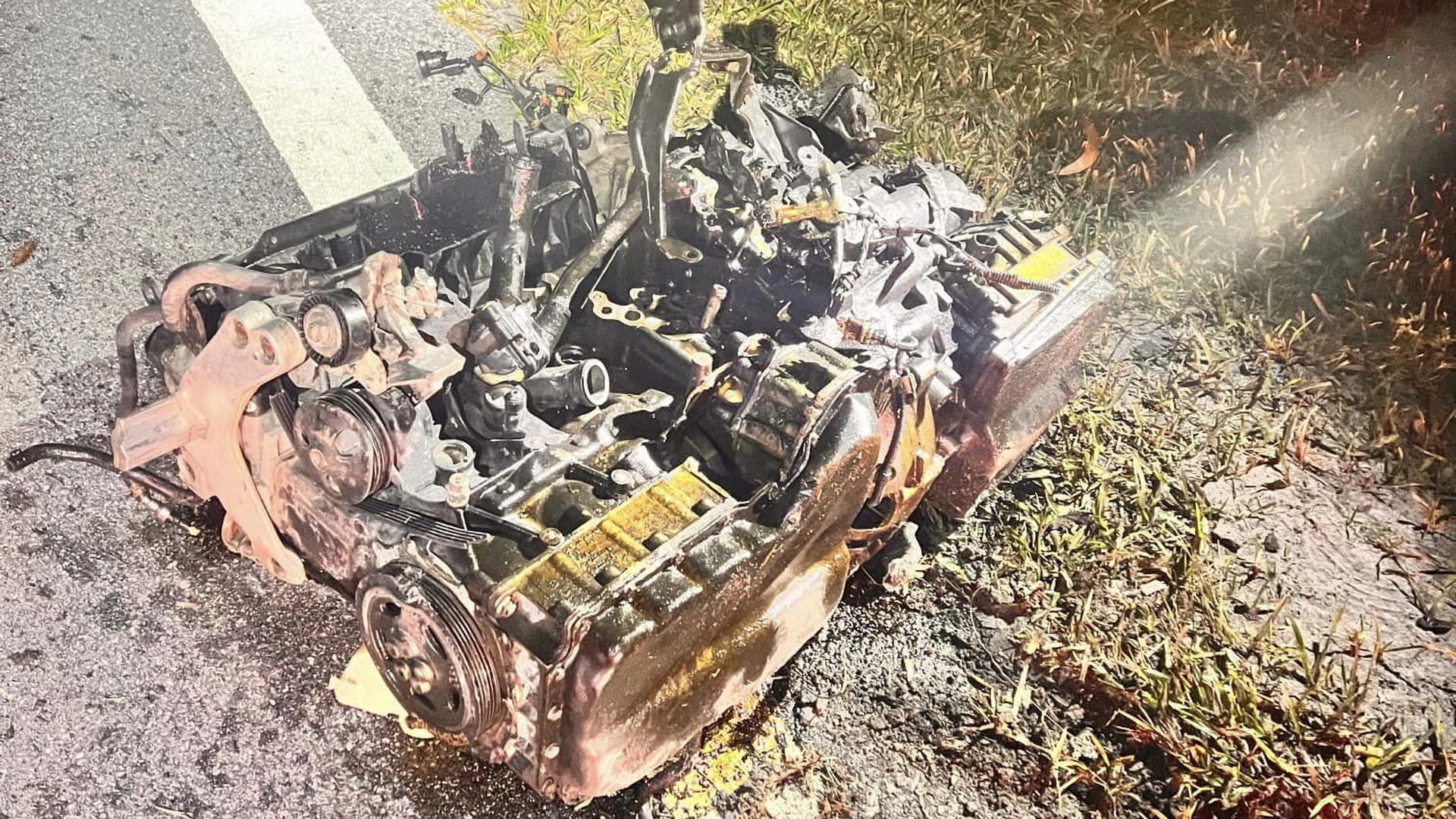 Florida Crash With Tesla Was So Violent, An Engine Wound Up 50 Yards From The Wreck | Carscoops

The Martin County Sheriff’s Office reported on a violent accident that occurred this weekend between a Tesla and another vehicle. Sadly, four people were hurt in the incident, though their injuries did not appear to be life-threatening.

The accident is believed to have been caused by high speeds and occurred at around midnight at Savannah Road and the U.S. Highway 1, in Fort Pierce, Florida. Police report that two vehicles, one of which was a Tesla, collided with such force that the ICE vehicle’s engine was torn out and found 50 yards away.

Unfortunately, the accident was also violent enough that four people were also thrown out of the vehicles and found lying on the road when first responders arrived. Although the injuries were serious enough to cause three of the people involved to be taken to hospital by ambulance, and one to be flown to a trauma center, they did not appear life-threatening, according to police.

In photos posted by the Martin County Sheriff’s Office, the damage to the unnamed vehicle is so severe that it’s hard to tell what kind of car it is. The engine, along with much of where the front fascia would have been, were torn completely out of the vehicle.

A shot of the Tesla, meanwhile, paints a fairly gruesome picture, with the glass roof broken through and what appears to be blood against it.

Police say that their preliminary investigation points to “excessive speeds as a primary cause of this crash.” The department writes in a Facebook post that this is the third similar accident to occur in Martin County in recent weeks.