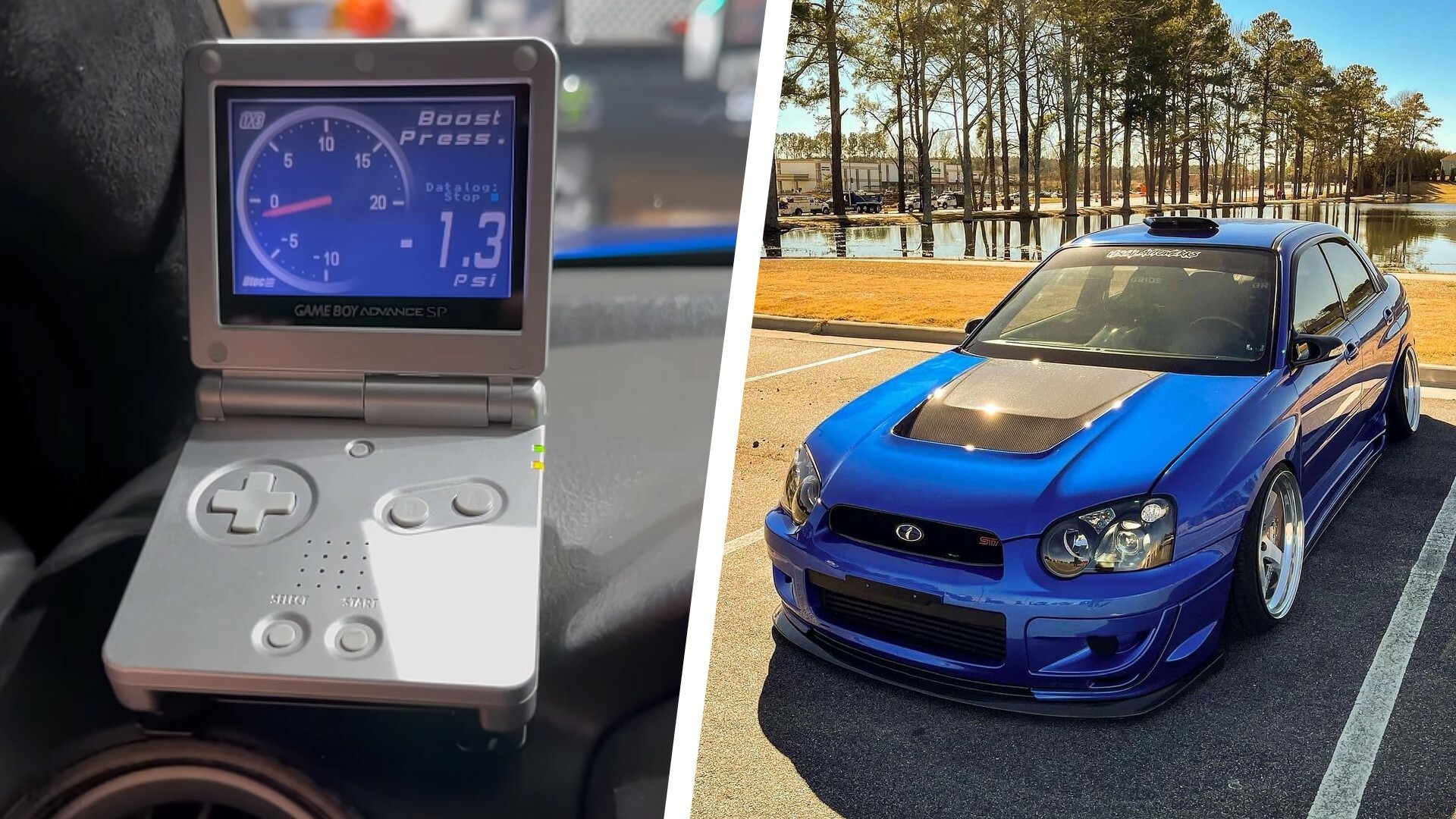 
A video showing a Game Boy working as a configurable boost gauge and data logger in a tuned Subaru Impreza WRX STI has gone viral on social media, prompting us to contact the owner. Interestingly, this is not a custom job, but a discontinued kit that was offered by TurboXS in the mid-’00s, designed to work with the Game Boy Advance SP portable gaming console.

A Nintendo mounted on the dashboard of a tuned Subaru isn’t something you come across every day, which is why the footage attracted viewers in the first place. Things get even weirder when you notice that the little screen displays live information using data from the vehicle’s sensors. Following the countless views and comments on Instagram, Brendon Shultz from New York who owns both the blob-eye STI and the Game Boy explained everything with a YouTube video.

Read: Have You Ever Seen A Three-Door Subaru Impreza WRX STI 22B Hatch?

Brendon bought the car with the TurboXS DTEC Fuel & Boost Computer kit which is a lucky thing as it is not available anymore. Initially, the setup wasn’t working as the STI had swapped engines and the module wasn’t connected to the new motor. After buying a new battery for the 20-year-old Game Boy and looking through the official manual of the module, Brendon managed to get this weird feature up and running, sharing it with his followers on social media.

The operation of the TurboXS DTEC Fuel & Boost Computer is really simple once you get it properly connected. The Game Boy which is velcroed on the dash is plugged in through power and data cables with a special module, which in turn is connected to the vehicle’s ECU. In order to activate it, you just need to power up the little Nintendo, wait for the program to load, and select the desired boost gauge through the standard gaming controls. The entry-level starter kit could only display live data but more expensive variants could also work as data loggers. More importantly, the functionality of the actual Game Boy isn’t affected, which means you can still play any game you want – although the pixelated graphics and low-res screen are nowhere near modern gaming standards.

The Game Boy Advance SP was introduced in 2003 as an evolution of the Advance. I actually had one myself, appreciating its clamshell design and its illuminated screen. Back then, I never imagined that this console could ever be used as a digital instrument cluster. It seems that many years after being discontinued, the TurboXS kits have gotten quite sought after – thus expensive and difficult to find in the used market. Still, it sounds like an ideal accessory for petrolheads with a passion for retro gaming magic and I’m sure it will be greatly appreciated for its simplicity and cool factor. Below, you can watch all of the videos made by Brendon Shultz, showing all functions of the system.